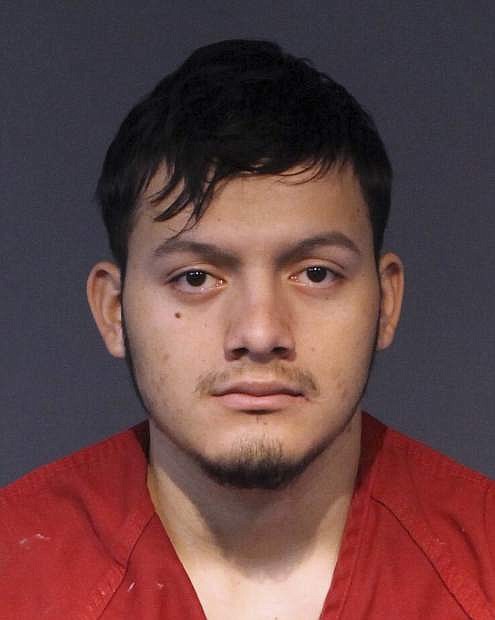 Wilber Martinez-Guzman, 20, an immigrant from El Salvador, is pictured in this booking photo provided by the Washoe County Jail in Reno. Martinez-Guzman was transferred to the jail from Carson City and was arraigned Monday, Feb. 11, 2019, in Reno Justice Court on four counts of murder in the killings last month of a couple in Reno and two other women in Douglas County.