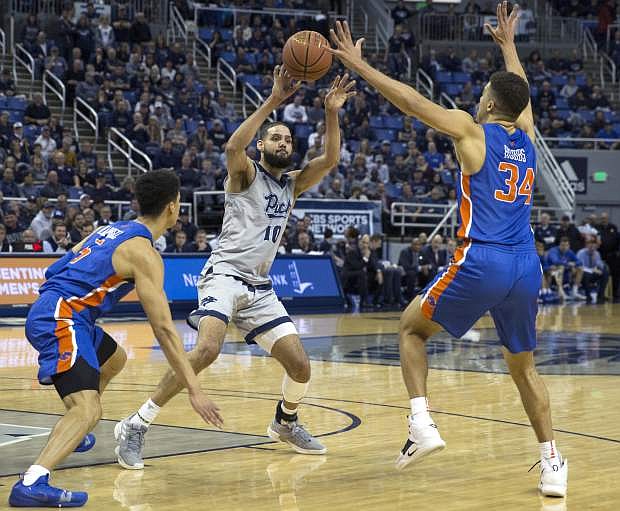 Nevada forward Cody Martin&#039;s (11) passes the ball in the first half on Saturday.