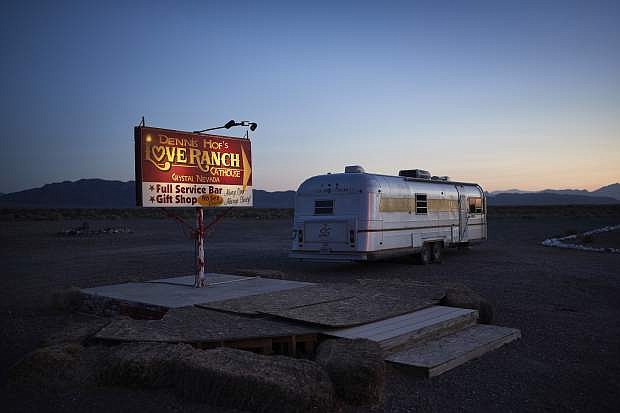 In this April 27, 2018, photo, a sign advertises the Love Ranch brothel in Crystal, Nev. A coalition of religious groups and anti-sex trafficking activists have launched referendums to ban brothels in two of Nevada&#039;s seven counties where they legally operate. (AP Photo/John Locher)