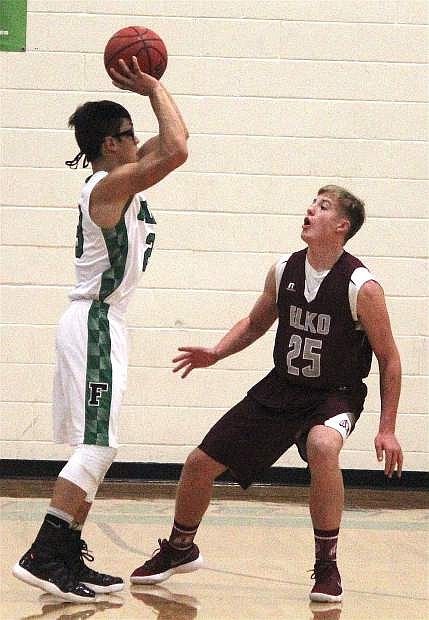 Christian Nemeth looks for an opening around Elko&#039;s Ronin Rowley to pass the ball to a teammate