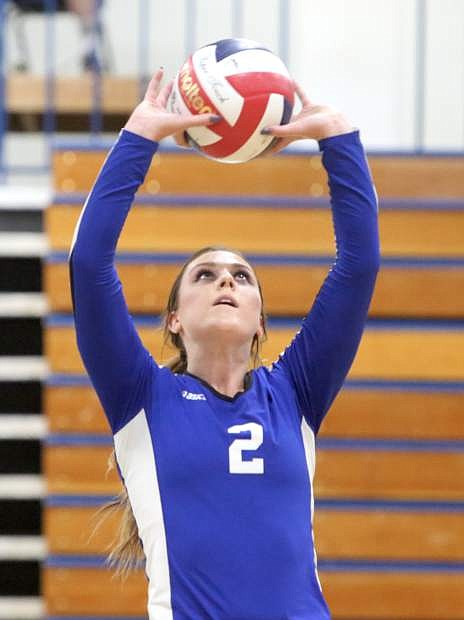 Natalie Anderson sets the ball in a game against Douglas on Tuesday night.