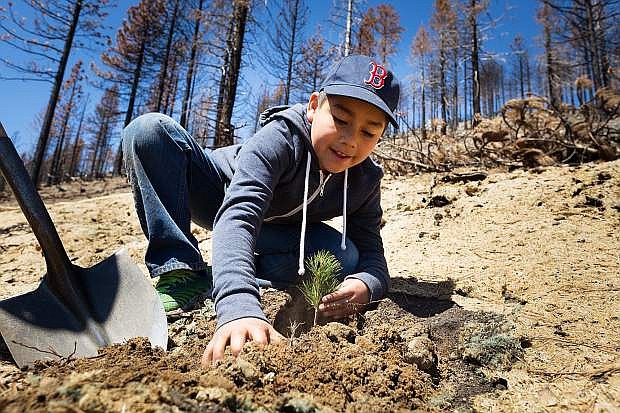 A young volunteer for the Sugar Pine Foundation plants a seedling in the Emerald Fire burn area on Saturday, May 13.