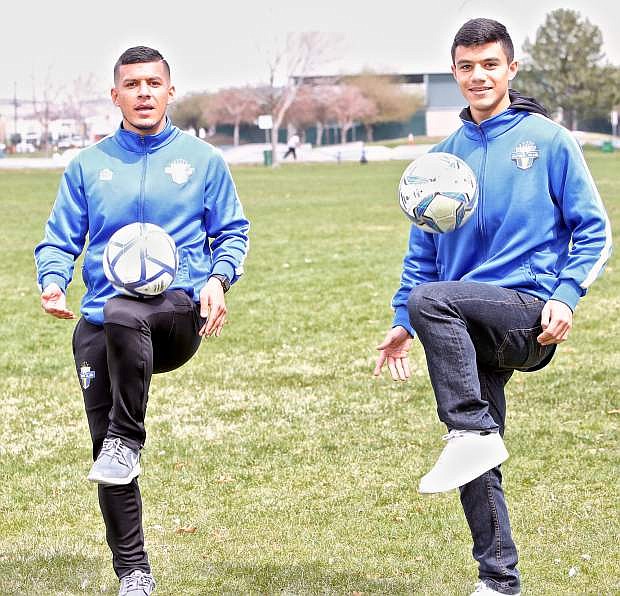 Christian and Guillermo Hernandez show off their dribbling skills on a windy day at Mills Park Thursday.