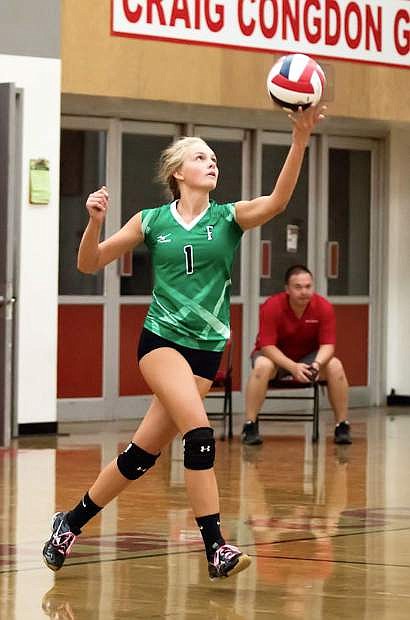 Whitney Skabelund prepares to serve the ball during a volleyball match.