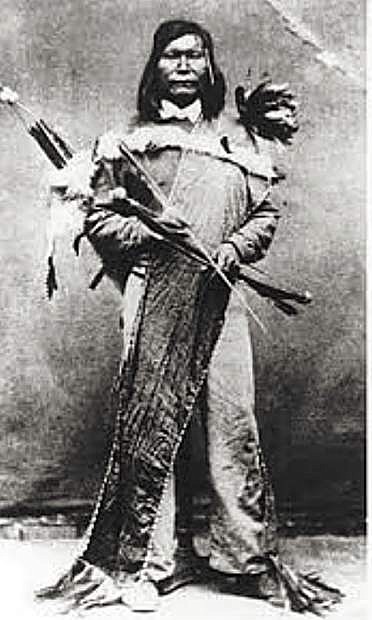 Numaga, an eloquent warrior from the Pyramid Lake Indian community.