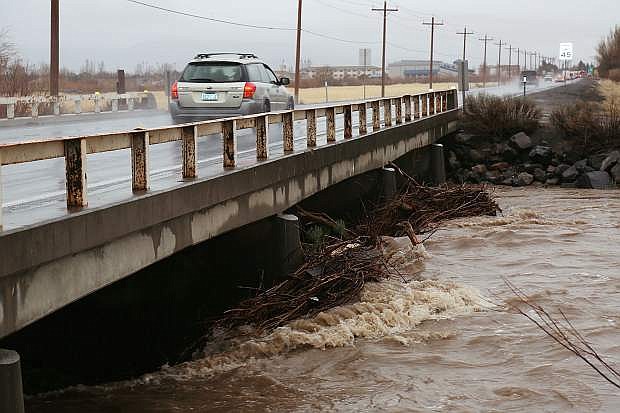 Debris piles up against the bridge on HIghway 88 south of Minden in February after a state of emergency was declared for Douglas after another bout of heavy rain and flooding.