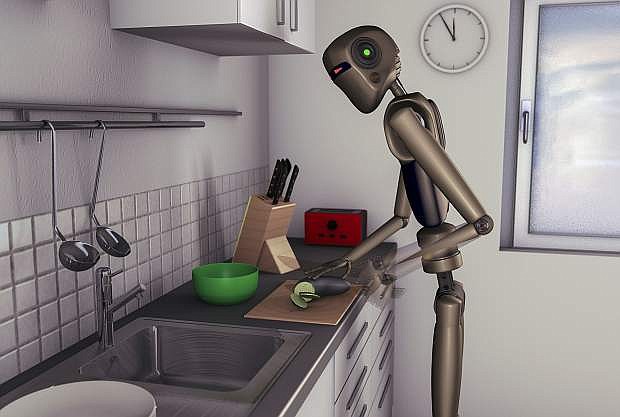 Kitchen help, a robot makes the food in the near future