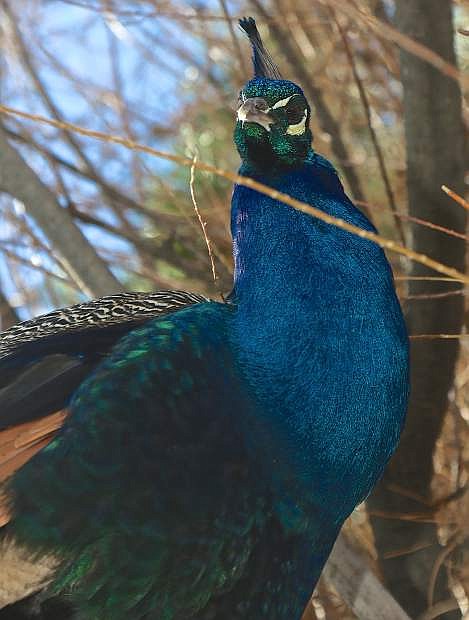 Dozens of peacocks roam the Saylor residence in Dayton along with many other animals, over 100 according to Steven Saylor.