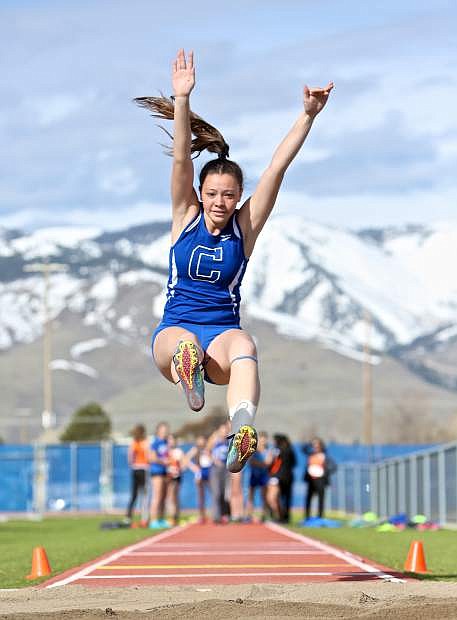 Senator Erica Basa takes off during the long jump competition Saturday at the Jim Frank Track and Field Complex.