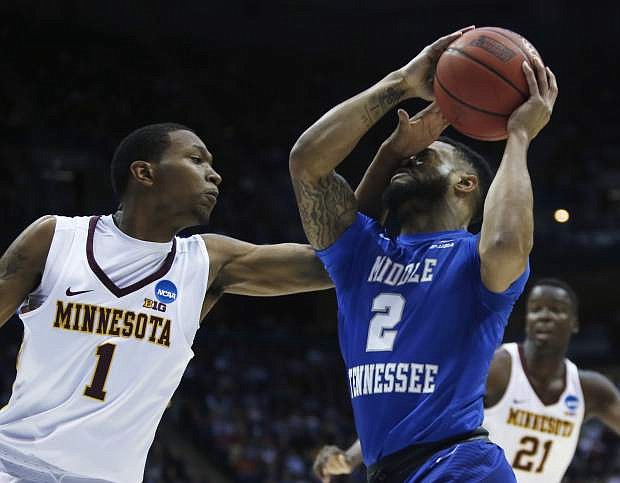 Middle Tennessee State&#039;s Antwain Johnson (2) is hit in the face as he drives past Minnesota&#039;s Dupree McBrayer (1) during the first half of an NCAA college basketball tournament first round game Thursday, March 16, 2017, in Milwaukee. (AP Photo/Kiichiro Sato)