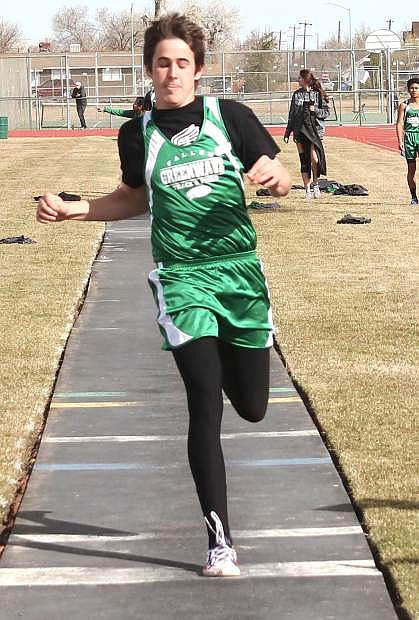 X prepares to kick off the end of the path during the long jump event.