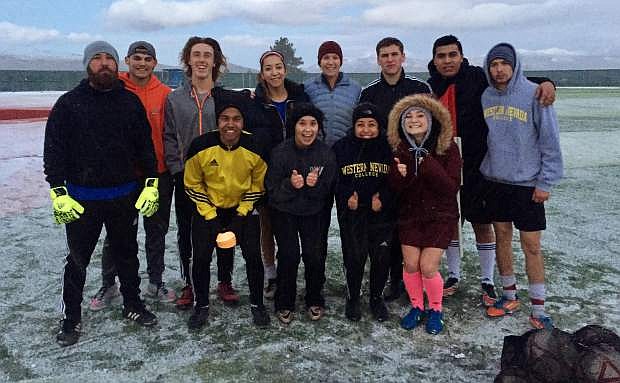 The women and men on the Western Nevada College Soccer Club have been training together through a cold and wet winter.