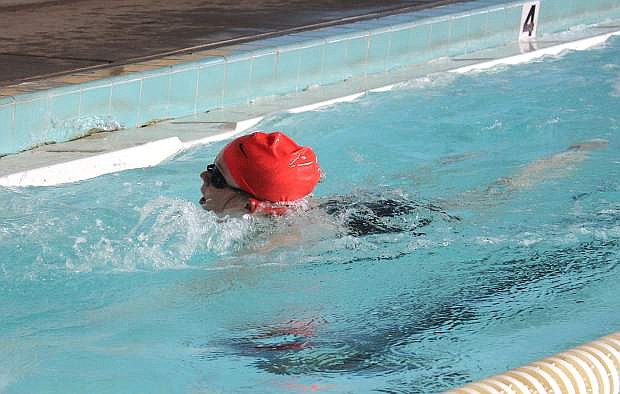 A member of the CCHS girls&#039; swim team prepares to flip for her return lap during a practice.