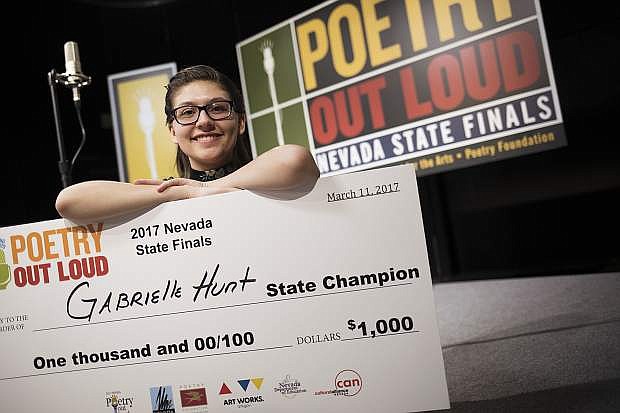 Gabrielle Hunt, a junior at Yerington High School, won the Nevada Poetry Out Loud State Finals on Saturday in Reno and will represent Nevada at the Poetry Out Loud National Finals in Washington, D.C., in April.