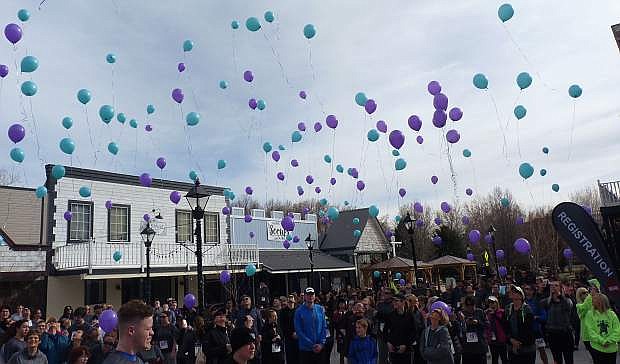 Participants release balloons Saturday as a part of the Jog for Jordan event put on by Carson High senior Alyssa Woodward as a way to honor her late brother and raise awareness for suicide prevention. The participants had a moment of silence and released the balloons to honor those who have passed.