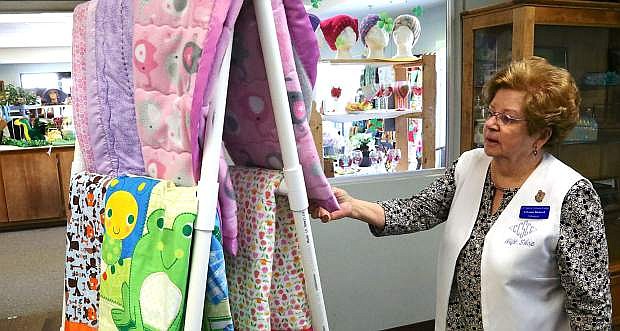 Volunteer LaVonne Birdwell arranges quilts on a stand located near the Senior Center gift shop that is open to the public.