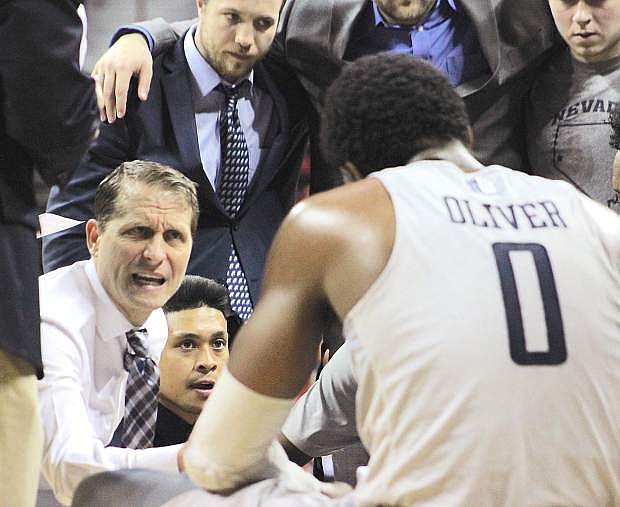 Nevada coach Eric Musselman expresses his displeasure with the Wolf Pack players early in the second half.