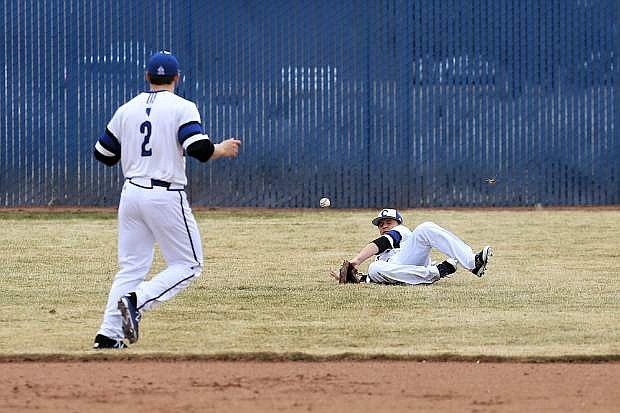 Joe Tonino makes a diving attempt to catch a flyball for Carson on Friday.