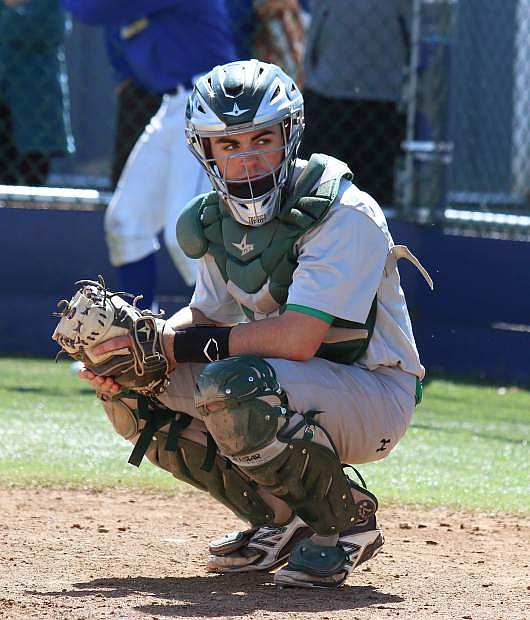 Fallon catcher Brock Uptain is one of three seniors who has been on varsity since his freshman year.