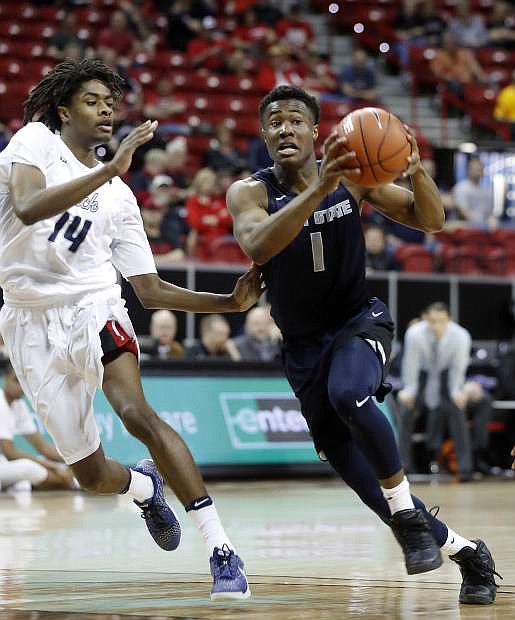 Utah State&#039;s Koby McEwen drives to the hoop as Nevada&#039;s Lindsey Drew defends during the second half Thursday.