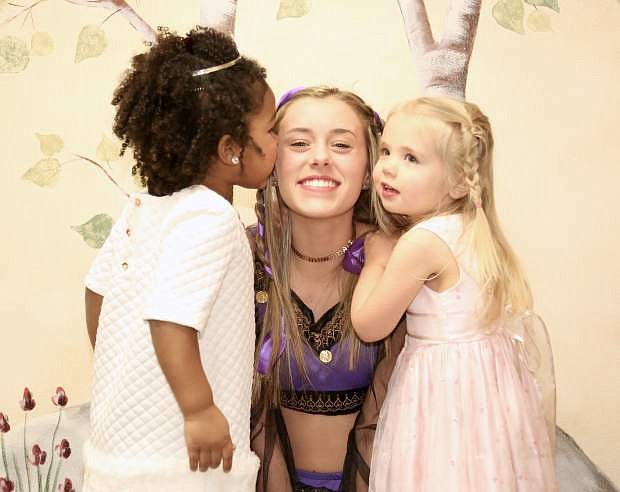 &quot;A Magical Moment&quot; is the theme for this year&#039;s Father / Daughter Dance at Carson High School on March 31. Abby &quot;Princess Jasmine&quot; Golik, who will be attending the dance gets a kiss and hug from 3-year-olds Victoria Quintana and Reagan Gustavson.