Stretch of US 95 to close Thursday 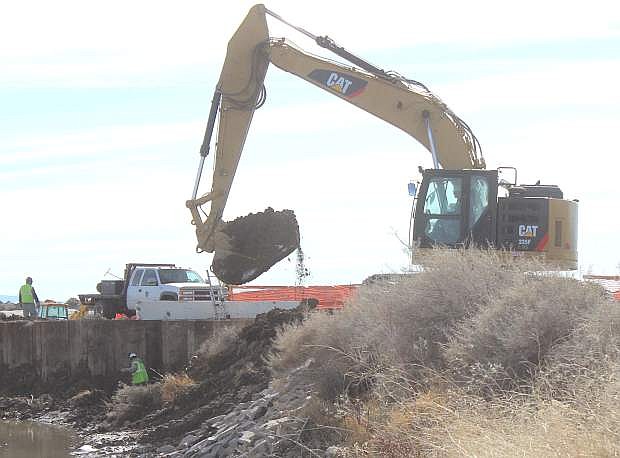 A CAT excavator removes dirt from the embankment before the sheet piling is cut at the weir contruction site.