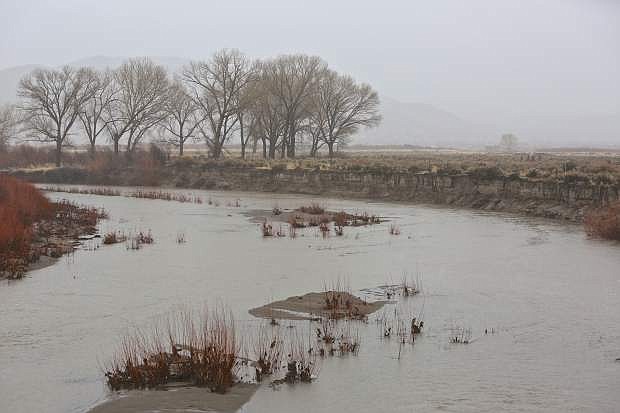 The Carson River is seen at the Cradlebaugh Bridge as it flows under U.S. 395 in Minden in January.