Carson High baseball has strong nucleus to build on 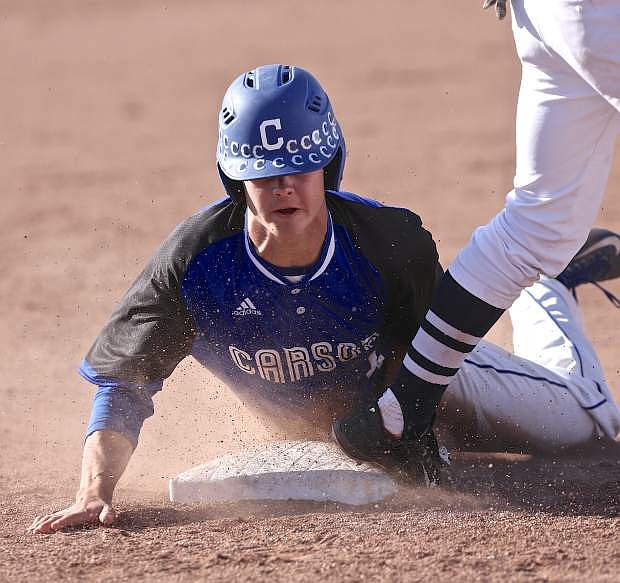 Carson&#039;s Brandon Gagnon belly-slides into third base during a playoff win against Damonte last season.