Up to 5 inches of snow possible today in Carson City 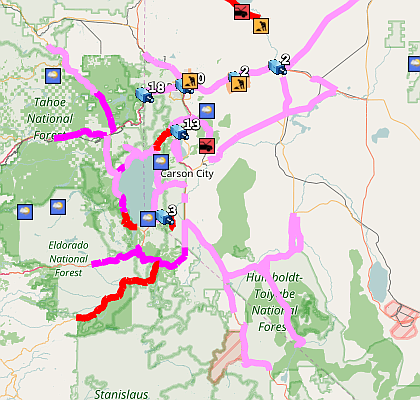