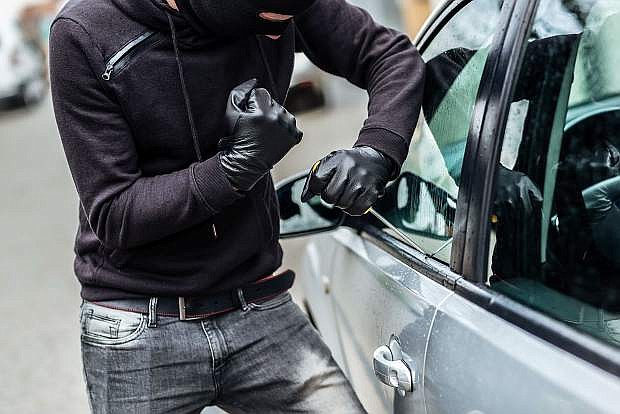 The man dressed in black with a balaclava on his head trying to break into the car. He uses a screwdriver. Car thief, car theft concept