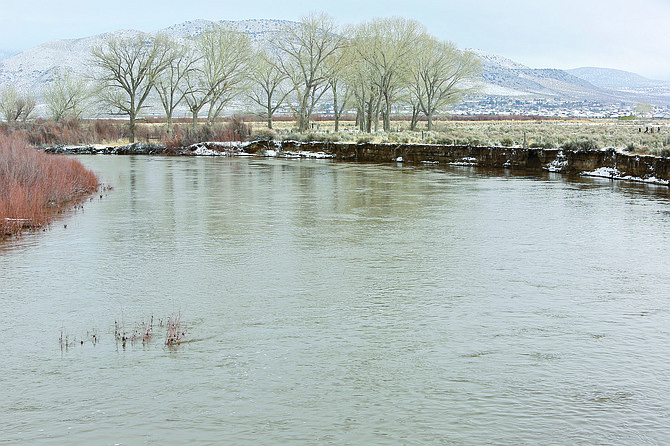 On Thursday, the Carson River at the Cradlebaugh Bridge is noticeably swollen from just a little over 24 hours previous.