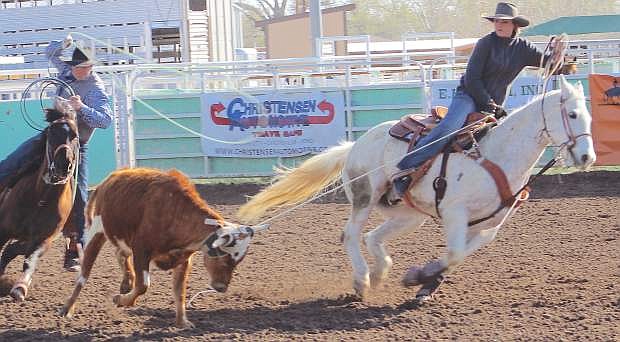 Matt Goings and Peyton Feyder (Elko) are partners in team roping in the High School Division.