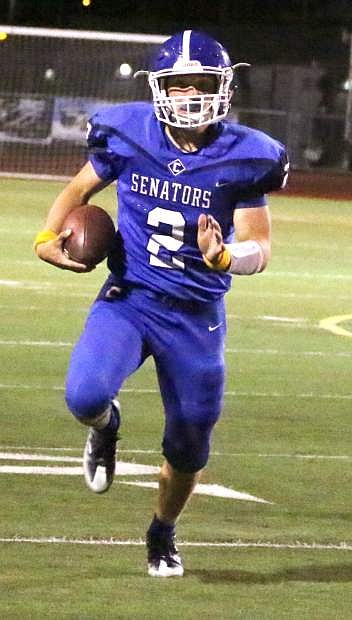 Carson quarterback Jace Keema runs down the sideline against McQueen on Friday night. Keema had 186 yards on the ground.