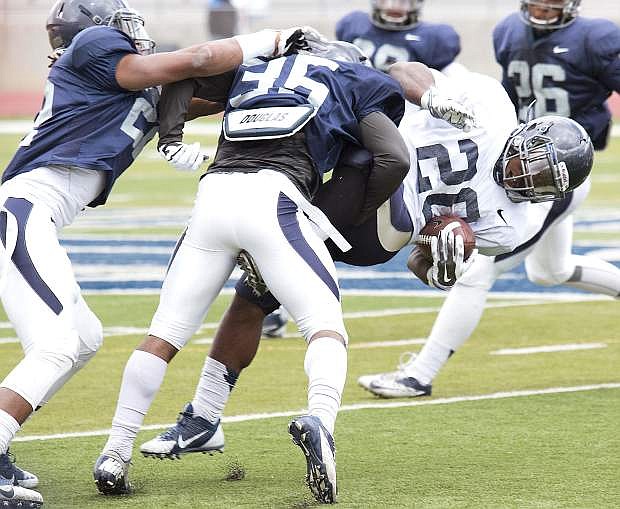 Nevada&#039;s Ahki Muhammad takes down running back James Butler in the Silver and Blue game. The Wolf Pack opens the season at 7 p.m. Thursday against UC Davis at Mackay Stadium in Reno.