The rivalry of the year 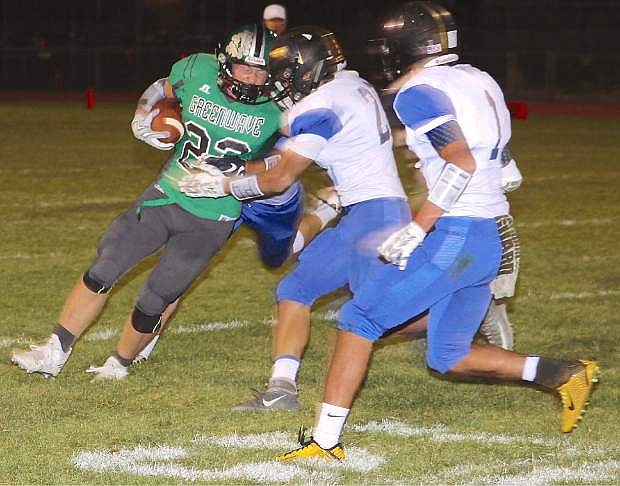 Cade Vercellotti (22) will power Fallon on the ground tonight in a home game against Fernley, while quarterback Connor Richardson takes to the air in this D1-A rivalry game.