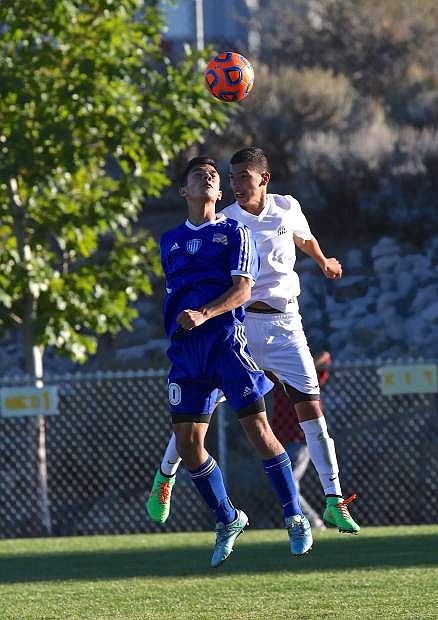 Guillermo Galvan-Hernandez battles for the ball with a Galena player Wednesday in a game that ended in a 1-1 tie at Galena High.