Revenge a hit with CHS 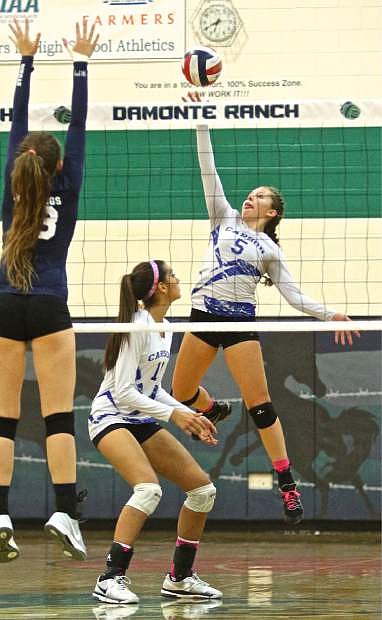 Junior outside hitter Jaycie Roberts (5) drills one back across the net in a 3-0 win over the Damonte Ranch Mustangs Thursday night in Reno.