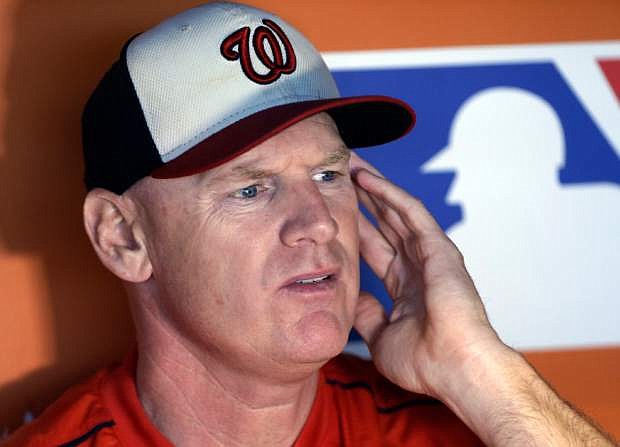 FILE - This Sept. 12, 2015, file photo shows then-Washington Nationals manager Matt Williams responding to a question as he is interviewed in the dugout before a baseball game against the Miami Marlins, in Miami. (AP Photo/Lynne Sladky, File)