World Series of Poker down to 6 men vying for $7.6M prize 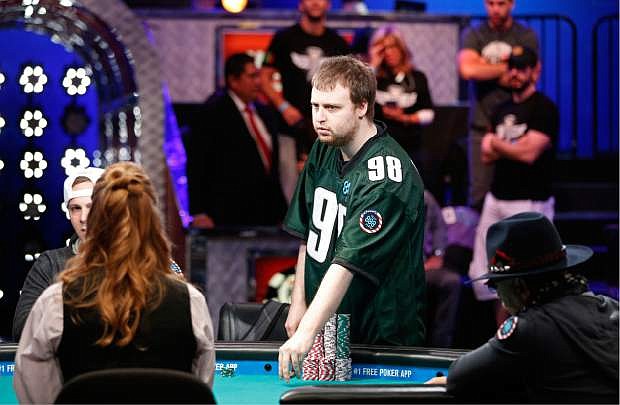 Joseph McKeehen stands at his seat at the World Series of Poker Sunday, Nov. 8, 2015, in Las Vegas. Sunday night was the first of three days of poker-playing before crowning a new champion and awarding more than $7 million to the winner. (AP Photo/John Locher)