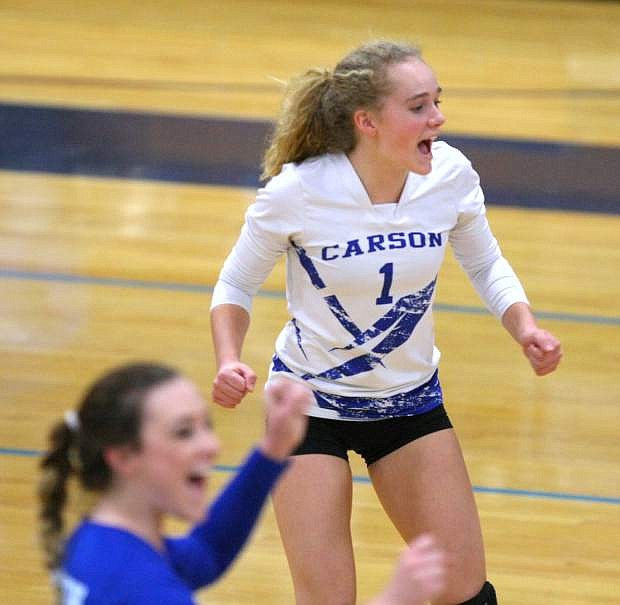 Abby Pradere celebrates a point with her teammates in a playoff match against Reno on Tuesday.