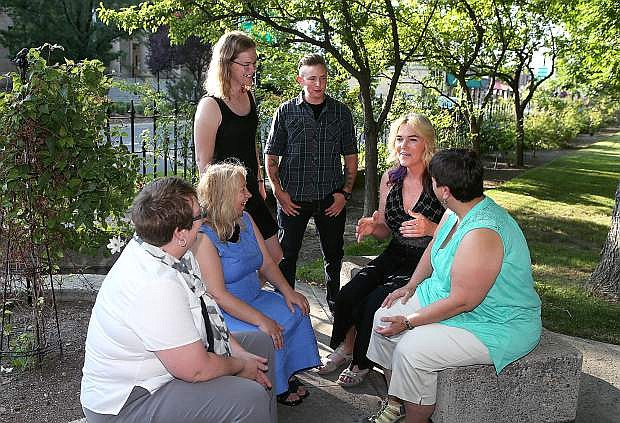 Planned speakers for a Transgender Symposium talk at the Capitol. From left are, Kim Nichols, Elvira Diaz, Kristen Aaquist, Presley Wiseman, Kimi Cole and Laura Grotz. The symposium, sponsored by PFLAG and TAG, will be 6:30 p.m. Thursday at the Brewery Arts Center.