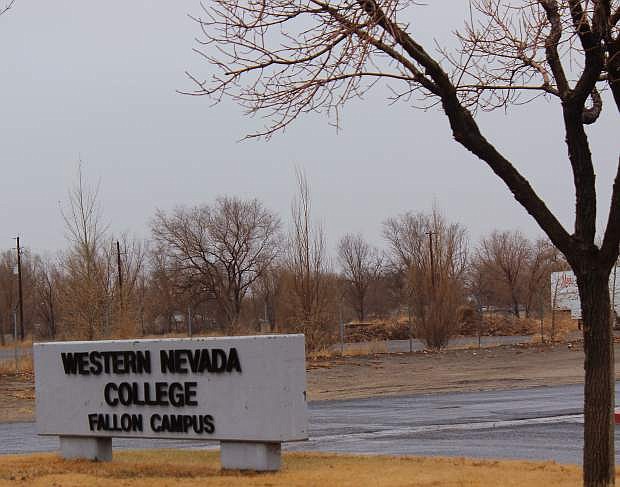 The familiar Western Nevada College sign welcomes students and visitors on a rainy wintry day this week. Whileprograms are beginningto increase, educators, though,are worried that the eliminationof bridge funding could be disastrous.