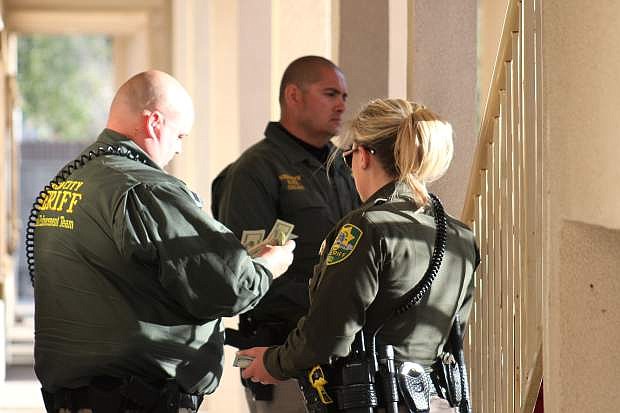 Members of the Carson City Sheriff&#039;s Office Special Enforcement Team count money Friday night after arresting a man who had previously agreed to be a confidential informant.