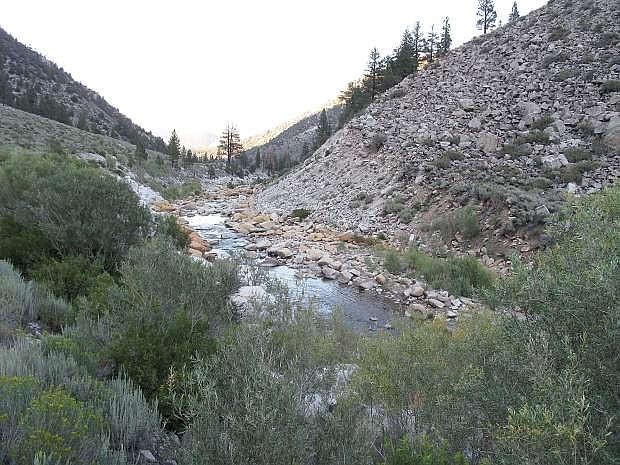 Twenty-one elderly travelers from Southern California were killed and 22 injured on May 30, 1986 when their chartered tour bus plunged into this spot on the icy Walker River about 35 miles south of the Nevada-California state line.