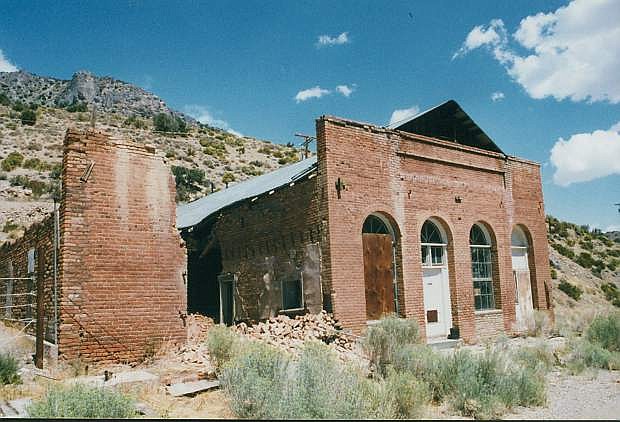 The brick remains of the Trowbridge Store, once of the busiest businesses in the former mining camp of Tybo.