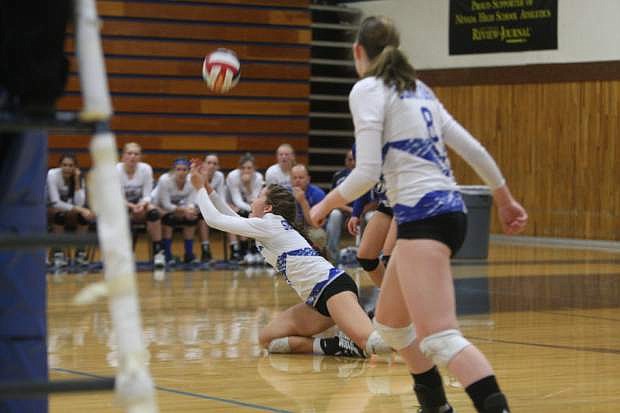 Jaycie Roberts dives to the floor for a dig against North Valleys on Tuesday night.