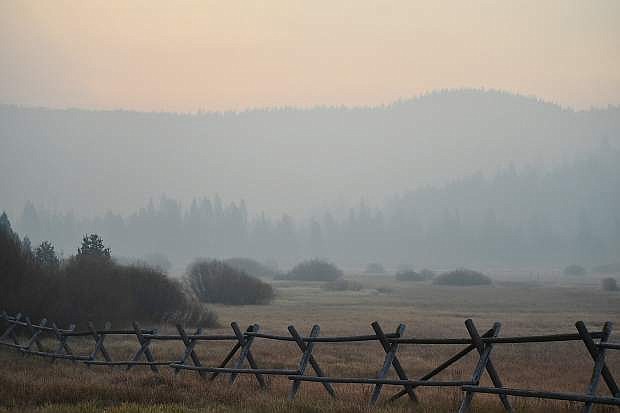 The greater North Lake Tahoe area, including Olympic Valley, pictured, was inundated with smoke from the King Fire on Sunday. Due to the unhealthy air quality, Ironman Lake Tahoe was canceled.