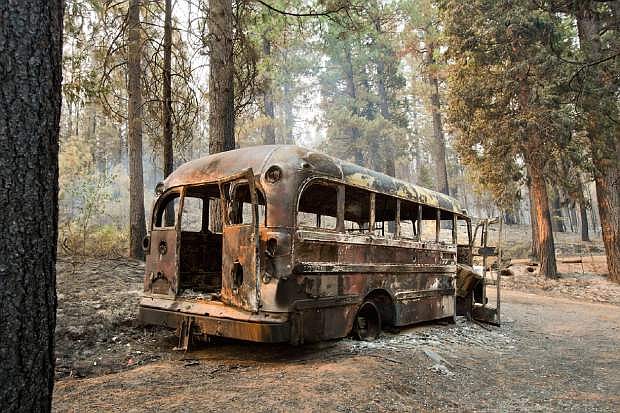 A burned out bus is shown near one of several homes that burned in the recent King fire near Icehouse in El Dorado County on Friday, Sept. 19, 2014. (AP Photo/The Sacramento Bee, Randall Benton)