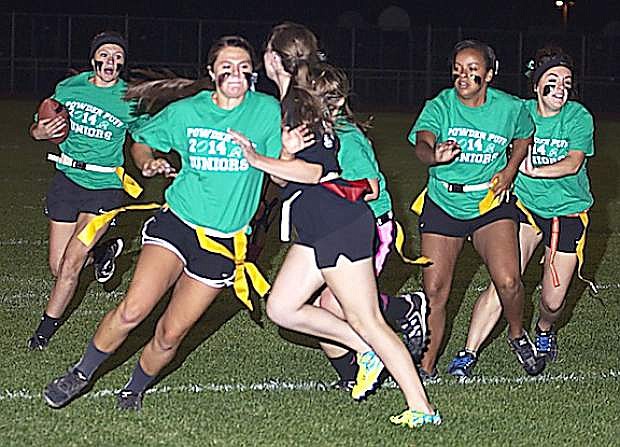 Junior running back Kyla Kincaid, left, follows the blocks of Miranda Ford, second from left, Courtney Cross and Nichole Mariezcurrena as senior Maddie Dirickson goes in for the tackle during the junior&#039;s 21-0 in the annual Powder Puff game on Monday.