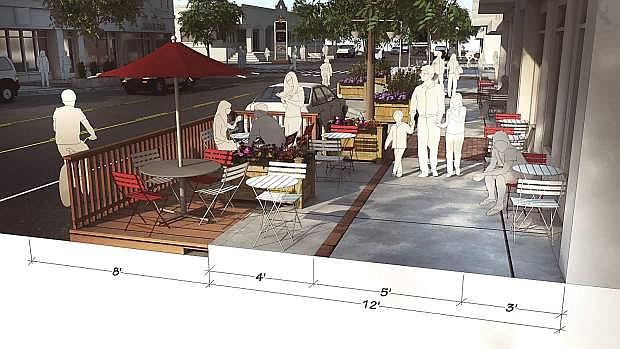 A rendering of the purposed changes to Carson Street.